There is an over arching feeling the next few weeks could be make or break for Liverpool’s season.

A magnificent 2-0 victory away to RB Leipzig in the Champions League at first appeared to be the spark needed to rejuvenate a faltering season for the defending champions.

Unfortunately, whatever buzz and energy generated from their performance at The Red Bull Arena fizzled out after a frustrating 2-0 home defeat to Merseyside rivals Everton.

Next they face Sheffield United, Chelsea and Fulham, before their second-leg tie against Julian Nagelsmann’s side at Anfield.

If things do not go to plan, then Liverpool’s season could be all but over.

However, according to the Sunday Mirror, Liverpool’s hierarchy are putting in contingency plans in the event manager Jurgen Klopp departs the Merseyside club at the end of the season.

It is understood the former Borussia Dortmund and Mainz manager could be earmarked as the next Germany boss if Die Mannschaft fall flat at this summer’s rearranged European Championship, 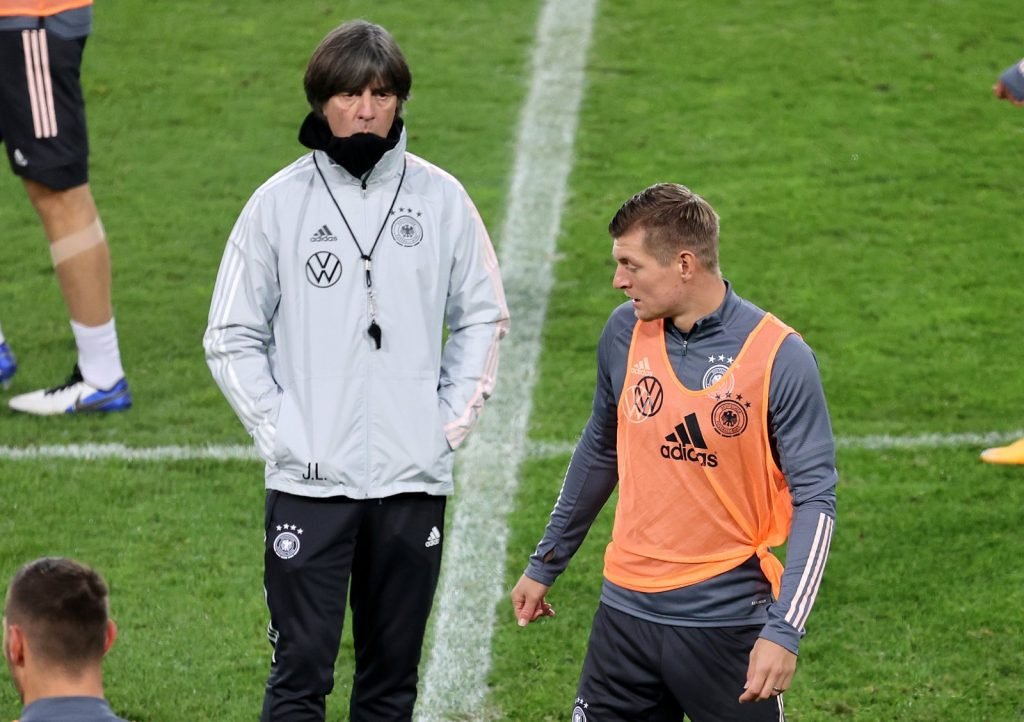 Joachim Low won the World Cup in 2014, but his place is under threat

Current Germany manager Joachim Low won the 2014 World Cup in spectacular style and reached the semi-finals in the 2016 European Championship.

However, recent performances in the 2018 World Cup and The Nations League have led to beliefs his position is no longer safe.

Should Klopp accept any potential offer from the national side, it’s claimed that Liverpool could turn to club legend and Rangers manager Steven Gerrard.

The Gers have been sensational this season, leading the Scottish League by 15 points and progressing to the last-16 of the Europa League after overcoming Royal Antwerp 9-5 on aggregate.