Few would have envied Gareth Southgate this week as he was forced to make a huge call on his England squad for the upcoming Euro 2020 tournament.

After an injury to Trent Alexander-Arnold forced the Liverpool full-back to withdraw from the squad, Southgate was left with a decision to make in regard to who would replace him.

After impressing in the friendly win over Ukraine on Sunday evening, Brighton’s Ben White was eventually chosen and will not travel with the squad for the opener against Croatia on Sunday afternoon, much to the disappointment of James Ward-Prowse and Jesse Lingard. 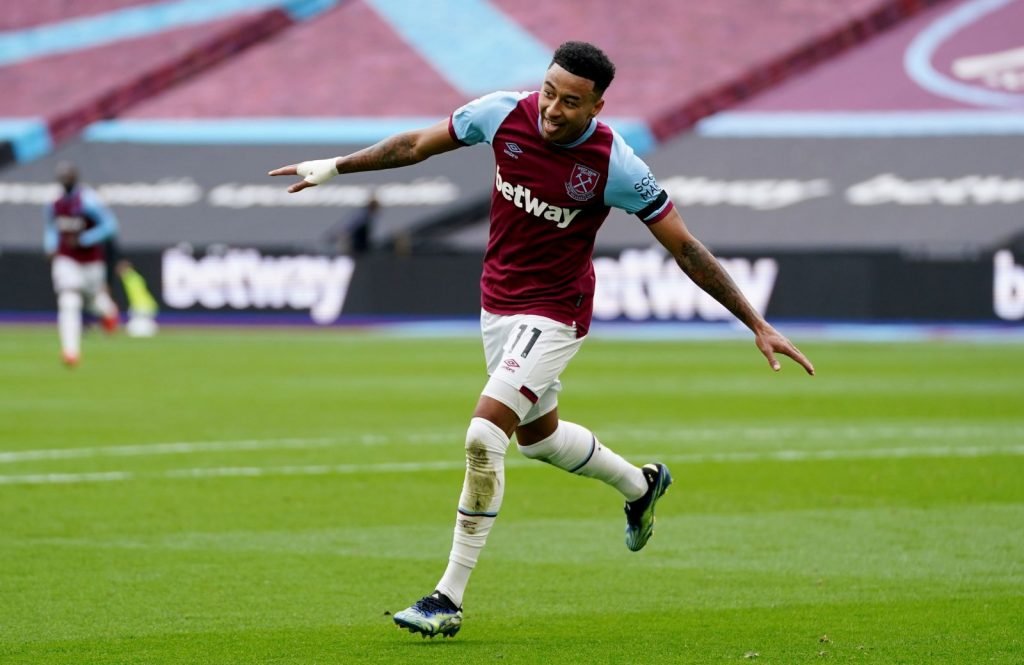 Lingard won the goal of the month award in April.

The latter, whose scintillating end of season form while on loan at West Ham earned him a recall to the national side, had been tipped by many to be involved in the Euros, but will now have to settle for watching the tournament from home.

However, it appears that Lingard’s England snub has prompted West Ham to accelerate their interest in the 28-year-old, who scored nine goals for the Hammers after joining from Manchester United in January.

According to The Sun, David Moyes is hopeful that a deal can be agreed much sooner than first expected, with both sides open to discussion.

West Ham have been vocal in their interest in making Lingard’s stay permanent and, while United boss Ole Gunnar Solskjaer recently insisted he was open to having the player in his squad next season, it is believed that United are open to selling him.

In the wake of his exclusion from the squad, Lingard took to Twitter to voice his support for his fellow countrymen, saying “When it comes to representing my country I’ll never stop smiling. I’ll be supporting the team all summer.”